Part 4- The thin line between crazy and genius

Everybody needs money in this world/system to do anything. So having a band that you plan on being a business, while at the same time not looking at it like a business, while starving, seems like you’re getting sold your bullshit advice by a used car dealer who used to dabble in snake oil salesmanship in clown college. Amazingly Stupid and Destined for Failure. #ASADeFF.

The plan of how is just as important as the notes you memorize, if you plan to sell the music you plan to make. After all, we don’t hit the strings and money rolls out from the sound hole like an ATM. But they should make that. The goal is to make music that influences critical thought and is universally enjoyable while being intelligent and versatile as musicians. Music with content that is maybe not tailor-made to sell by today’s standards, but inevitably will sell because real art will shine thru the bullshit… At least, that’s what we tell ourselves to help us go to sleep at night.

I started with writing songs I wanted to hear in the mainstream, not what I thought the mainstream would accept, so I showed them to people who I thought would want to work on them with me. My friend, former Musicians Institute classmate, former band-mate, and fellow guitarist Alec De Kervor was my first thought. After a few listens to what I played, his first choice for a drummer, by his ears was Kaspars Grinbergs: who was described to me before I met him as the most honest guy you will meet, he hits with an unmatched intensity, and he never stops learning music. And that’s exactly the awesome person he is. His playing was the perfect addition to the music I was writing and he was just the type of person you want on your team.

We jammed for hours on song ideas and listened to each others phrasing choices, trying to get in sync with what the other was going to do before they even played it. The aspect of improvisation on rock music is its most important strength. Rock and metal music isn’t just about angst and frustration, the emotions that can be represented are much deeper than just that. My background in poetry slams started begging me to mix spoken poetic messages to the rhythm and music; it was the thing that I felt was a unique thing for me to do, personally. I wasn’t trying to rap… no, it had to be poetry to a beat. My influences were Kurt Vonnegut, Frank Sinatra, Chuck Palahniuk and Shakespeare. It was Jimi Hendrix and Malcolm X, George Carlin, Bill Hicks, and Jon Stewart. It was Neil deGrasse Tyson, Bill Nye, and Carl Sagan. Not Lil’ Wayne, Drake, or Kanye West.

We left the bass position open for a while, continued to work out the vision of the songs and how to play together to each others standards. It took about 5 months of intense writing sessions, expanding my mind with new knowledge and developing new technical abilities in lyricism, and researching history, psychology, socio-political international relations, psycho therapy and a whole lot of patience with myself, to write just the lyrics for this new project. My mind was addled with desires to make the music sound just like this or that artist; or the endless “What would RATM/ZoSo/Cobain/Reznor do?” kind of mental maze. All that work is just actually prep work, as it was just to prop it up for the band to sink into. Then comes the editing and getting it ready for stage.

*Ding* You have now abandoned all hope. *Ding*

We got another mutual friend and multi-instrumentalist Chad Ellis to play bass, and we recorded our first show as a band on May 5, 2012. We were planning to release it after some adjustments to the recordings were worked out in Pro-tools, but those recordings eventually were deemed not a decent representation of the band.

I was working for an online band management company at the time, not earning enough to live. Still living on ramen noodles, or a box Rice-a-Roni once every 2 days, or an occasional chicken burrito from 7-11. Then, I had a breakdown.

Effects of PTSD from being an Airborne Infantryman in the US Army were making me lose track of reality. I had to delve into my own experience to write the songs that were unique to me, but the memory of extremely traumatic shit hit me like a train – I wanted the songs to speak to the issues as relating to everyone, not for them to be too personal or be perceived as whining. Dreams of dead friends and enemies and the experiences that made them so from my past were swirling in front of my waking life. Everything pissed me off and nothing ever could be right. Migraine headaches that felt like my head was in a vice grip. Depression. Social anxiety. Insomnia. Hyper-vigilance. It all caught up with me and I ended up in the VA psych ward for two weeks.

*Ding* There’s nobody at the wheel. *Ding*

I lost my job because my dependability was compromised. I lost my apartment because I lost my job. For the first time in my life, I had nothing to say, and nothing to write, nowhere to live; for nothing I fight. My whole life seemed like a lie. Nothing in the world made sense; I was paranoid that everyone I met was going to kill me. I couldn’t trust my own instincts. It looked like all was lost for my short lived career, and I should start over in an entirely new industry, or at least one that doesn’t require the opening of old psychological wounds for inspiration, or simply just give up on life entirely. I didn’t have family to fall back on; it was the hot cement of Los Angeles that greeted me. 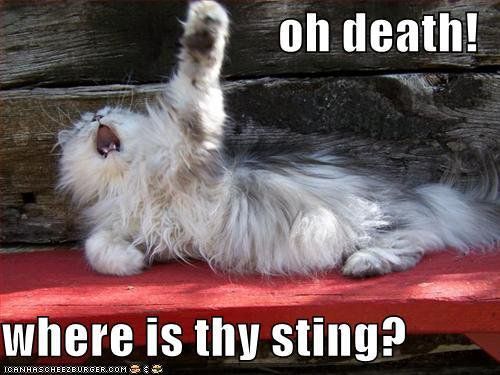 My real friends came through for me who didn’t think my story should end: Alec De Kervor, Kaspars, and Kat Kaplan who stuck with me, visiting me in the hospital everyday.

The only way I got out of the VA psych ward was to agree to go into a treatment center designed for Iraq/Afghanistan war veterans in Los Angeles, run by the Volunteers of America. Mind you, not the Veterans Administration. But they have a liaison.

While I was there, I was able to rehearse with the band, and write music and lyrics between different therapy sessions from 8am-8pm everyday. I found that, as painful as re-stabilizing my mind was, writing songs and music helped me adjust to the reality of life more than anything else I thought was helping. Music was one constant that could remind me of reality and how to feel. What once seemed to be my bottomless pit of masochism became the very vehicle to my recovery. I was able to find out who I really was, through putting everything of myself into performing music with the goal of being genuine; whatever it was that came out. My audience was a painted cinder-block wall of bleak white.

Thru a connection from another resident at the VoA, I found another guitar and bass player in Alex Diaz, who was fed up with what he was seeing as far as bands to play in. He graduated MI in the same guitar class I did, but went to the guitar craft side of the school afterwards, whereas I went to audio engineering and independent artist studies.

We recruited Dominic McFadden, a current MI student, to play guitar for some shows, and then we decided to prepare for recording all the songs we had written, which had grown to 11. We all had our own reasons to be there; and all of the members were positive and supportive of the group. So people who tell you a band is like a marriage, I say no, a band is like an agreement in a partnership. The State of California agrees with me.

I left the VoA after 6 months of in-patient residency, and felt like I was rejoining the human race. I had a new way of viewing the world; I spent some time researching the universe and behavioral patterns between species. I studied lots of theology from an unbiased, objective researchers perspective, (and came to find it useful… up to a point), current political science, the psychological affect of sound, and sociology. I came back to focus on the music industry and my role in it, and found it hadn’t changed much.

In February 2013, I scraped together 700 dollars, Alex put in 300, and we paid Matt Ferrari of Psycho Monkey Records to record our 11 song demo album at his expanding home studio where his living room was the live room, his bedroom was the control room, but he had over 30 mic choices and a Pro-tools HD system with all the plug-in fixings you could ask for. Basically, all you need for an album, we thought. We lacked a producer and couldn’t pay for one, so I took the job myself.

We could only hope someday we would get back that investment by selling the recordings at live shows that we knew did not bring a lot of people, initially. We chose a ten song recording route instead of a smaller EP in a larger studio because Dominic was going back to Minnesota in two months, and Alex was going to travel for personal reasons at the end of April, and no smaller studio would take $1000 for 11 songs, let alone do it in the small amount of time necessary before our deadline. We were lucky to get that deal, and ended up spending closer to around $500-700 in overtime to make up for mistakes while tracking. We ended up with 10 songs that were great quality, but not good performances, or had mixing issues I created that were not radio friendly. We still needed promotion for the album, and even after 8 months of intensive 8-12 hour days recording, mixing, re-tracking, remixing, and mastering from Thursday-Sunday, we had what I thought was going to be the definitive example of the greatest rock band, like, ever… in my opinion.